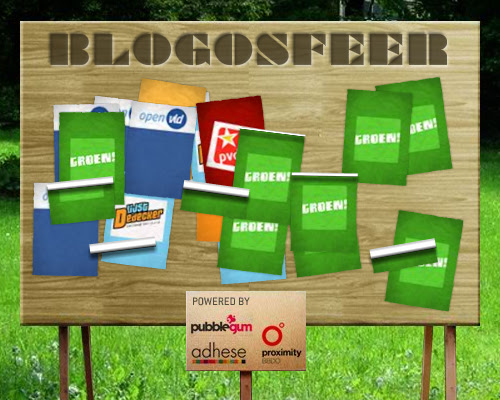 Sigh, the whole country is going wild on elections again... In Belgium we're obligated to go voting which is a good thing but still, I hate politics. Anyway, we didn't want to rely on the newspapers to catch a pulse of what party is running for the high stack.

ProximityBBDO and Adhese combined forces to map the political colors amongst the Belgian bloggers and developed an election-widget. This widget is then to be put on blogs and thus allows readers to vote online. Until the day 'really' online voting is due it will just remain a pulse but in the atmosphere of the elections it is quite fun to see that the senior blogs are mainly right-winged, conservative, and others pull up the green party.

Next to the voting, a funny list of polls is implemented to create some buzz and spread the widget over social media. Yes, some of these guys I'd like to shoot to the moon for babbling endlessly ...