The work that works: BBDO\Proximity Network

Fortifying its reputation as a world-renowned creative agency, BBDO/Proximity Malaysia hauled five "Silver Nominations" and six "In-books" at the D&AD Awards 2009. Accordingly, the agency is now the second most-awarded agency in the world!

BBDO/Proximity Malaysia's Jeep "Bushman/Eskimo" and "Husky/Camel" received one out of every five D&AD nominations for Asia. Its trailblazing performance at what is considered the world's toughest advertising award show, gave Malaysia its most D&AD nominations thus far. As a result, Malaysia is also the seventh best performing country, overtaking other creative powerhouses such as Africa and China.

"As an agency that benchmarks our work against the highest standards of excellence, we are thrilled about our unexpected success at D&AD," BBDO/Proximity Malaysia's group chief executive Jennifer Chan said.

BBDO/Proximity Malaysia's D&AD success is another demonstration of the agency's conscientious focus on its quality of work and in ensuring that its creative output is both innovative and business-enhancing.

Chan said that BBDO/Proximity differentiates itself from other agencies by obsessively safeguarding the integrity of its creative output. Moreover, the win is a testament to the BBDO/Proximity team's commitment to delivering award-winning campaigns that engage consumers and build brands.

"If it weren’t for the support and contribution of each individual staff who did their bit, either directly or indirectly, this would not be possible. Many, many congratulations to Ronald Ng (chief creative officer) and Mun Tuck Wai (executive creative director) and all at BBDO/Proximity; and as always, the confidence in us and support of us from our clients."

The nomination and in-book results were announced on the web earlier this week. BBDO/Proximity Malaysia's winning entries were among the 717 entries, out for 20,000 pieces of judged work, selected to be published in the D&AD Annual. However, the elusive and highly esteemed Yellow Pencil award will only be revealed on June 11.

via ADOI
No comments: 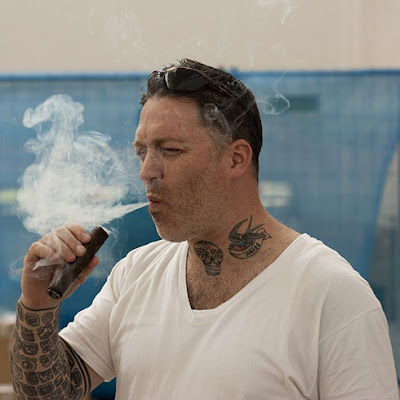 Okey okey, so I missed out on the wicked Joshua Davis at OFFF, and I heard he kinda spoiled my fun by giving his presentation on SPACE in Lisbon as a warm-up,...while sliding back and forth on the stage, ripping open his legs, kinda. There is hope. I've heard TYPO Berlin is completely sold out and since it is back in the good old venue it was three years ago, I'm guessing, it will be tight. Combine that with the Berlin nightlife and the groovy gang of 20 we're takin' on to travel with the event will be money well spend. And spending it will be.

TYPO Berlin is Europe’s most important regularly scheduled design conference. Each year, the conference is dedicated to a thematic motto. The TYPO online archive contains a wealth of information about previous conferences. On the video blog, you can see lectures from previous years and the TYPO Berlin blog will keep you up to date on this year’s events.

FontShop’s 14th International Design Conference, TYPO Berlin 2009, starts in just three weeks. This year’s theme is SPACE. Over three days, more than 50 speakers working on four stages will expand your horizons, providing inspiration, technical tips and entertainment. This year will see even more lectures, discussions, workshops, initiatives, networking and roundtables. This is THE place to be for creative movers and shakers.
No comments:

Publication Launch
The exhibition 'Designs for The National Theatre: Ken Briggs' is on at Pump House Gallery, London, until 17 May 2009 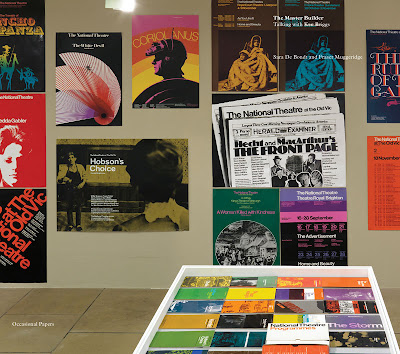 Published by Occasional Papers
with Pump House Gallery, London, and the National Theatre

The Shorty Report is a SawHorses referenceguide on how companies are making a big impact with short messages. A research, guidelines and interviews with the leading companies on twitter: @starbucks @jetblue @wholefoods @marvel @nasa @comcast @kodak @marriott @zappos

We, at BBDO, believe in Reverse Apprenticeship. We do this by allowing those we lead to lead when they feel the need. To embrace this philosophy we started an initiative we call Student Seats. The initiative gives students a chance to participate in business and professional events, after all youngsters can give good and useful input to the seniors of the industry. From time to time we will release free tickets to events related to marketing, communication, social media, design and advertising. Free seats will be announced at our mini-platform http://studentseats.proximity.bbdo.be or handed out to bloggers and student-organisations for distribution.

We, as a sponsor of the event, proposed to fill the free seats with ambitious conversation-savvy youngsters.

FREE TICKETS to an event that costs businesspeople an entrance-fee worth €315! Our definition of "The Right Message At The Right Time". #crisis #opportunity #proximitybbdo #adnerds

The Relationship Marketing Congres is a series of lectures about the newest trends in marketing. We, Proximity BBDO, will talk about how brands can plan and measure an effective social media strategy.
No comments: