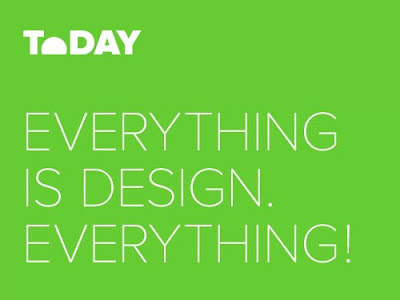 Tomorrow evening I'll be attending Shapeshifters again. For the second time this year a duo of authorities operating within the field of graphic design will talk about where they're from, what they did and why. Last time I was a bit disappointed in Luc Derycke, though "a bit" is quite an understatement. The man was off raving like a madman, I a certain point I had the impression had brushed his teeth with acid that morning. Hiorthøy's presentation was of a whole other dimension. Humble as always he just stood there being his own 'normal' self, down to earth, with the utterly human touch to the way things were told.

See you there, or wait... If you have been following the activity at Shapeshifters last years you probably noticed that the listed names, this year, aren't the big yoohaabooha they were the years before. Last year Shapeshifters staged Marti Guixé, Lars Müller and Anthon Beeke. and if those names don't speak to you maybe the ones of the series running during the season 2006-2007 ring a bell. John Maeda, Adrian Shaughnessy, Gerard Unger, Irma Boom and Erik Vervroegen. Some others were Alex Trub & Urs Lehni, Laurent Benner and Paul Boudens, Richard Niessen, Rene Knip, Jon Wozencroft and Geneviève Gauckler. Hows' that for a credit-list. Few days ago I was asked to join a team of designers to help publish a book on the Shapeshifters series of past series. I was delighted and am of course very eager to get started. Thank you Johan my March is fulled booked from now!

Tom Andries is a partner at Today Design. He studied graphic design, advertising and typography. He started his career at Marketing Design Brussels and later founded the creative hotshop Vulcan. He became creative director at Redstar Design Antwerp (design department at LDV United, a WPP company) where he created some famous logos and brand identities such as the well-known A for the city of Antwerp, as well as those for Veritas, Indi, O’Cool, etc. Tom has 15 years of design experience and has taken full advantage of this time to create a host of logos and corporate identities.

Nadine Chahine is an award-winning Lebanese type designer with a special interest in Arabic typography. During her studies at the University of Reading (typeface design), she focused on the relationship between Arabic and Latin scripts and the possibilities of creating a harmonious association between the two. She taught Arabic type design at the American University in Dubai and at the Lebanese American University in Beirut. In 2005, she joined Linotype, Germany as the Arabic specialist and has been living in Germany since then. She won the Dean’s Award for Creative Achievement from the American University of Beirut in 2000, and an Award for Excellence in Type Design from the Type Directors Club in New York in 2008. Her typefaces include the best-selling Frutiger Arabic, Palatino Arabic, Koufiya, Janna, Badiya and BigVesta Arabic.