Art directors are the best kopiriters

I attended a lecture by Peter Ampe during the Copycursus 2008 (*) and enjoyed it so much I thought I'd share it with you.

Art directors are the best kopiriters

Peter, who currently works as a Creative Director @ DuvalGuillaume, told me that a good writer not needs to write without a spelling mistake. Correctors will sharpen the edges, thus the title of this post. Please note that I've expanded the content of the presentation with my own remarks as they ran along. 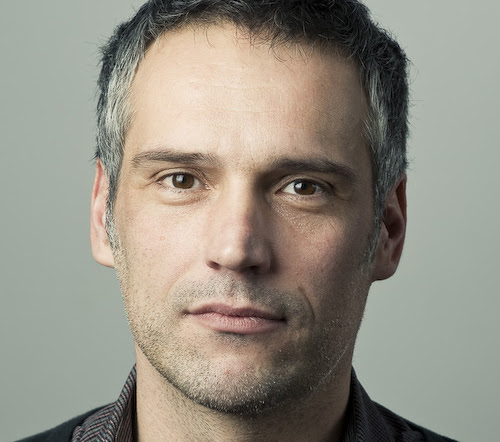 It's all about ideas.
Peter began his career in 1995. After studying Germanic Philology Peter started working as a journalist. But at the age of 28 his job dissatisfied him and he started looking for a new challenge. He had found that new challenge in advertising. The advertising business proved to be his new mission. The agency he started his career at was Young&Rubicam. He got enrolled there via the Copycursus. What stunned him was the fact that the people of the agency (Y&R) didn't ask him for a diploma when he applied there. All they wanted to know was: "what are your ideas?". Ever since then the most important thing Peter has learned is: "a good idea isn't quite just enough, it has to be well executed as well."

Why was Peter involved with this Copycursus?
Obviously because to him it kickstarted his career and because as he explains: "nowadays — in Belgium — all (most or more and more) creatives teams — traditionally an art director and a copywriter — are compiled out of two art directors." There simply is no training program for copywirters in Belgium. Because of this the Copycursus arose and formed to be a platform from which new adwriting talents step forward every year.

Who needs a copy of that copy?
So, Belgium lacks a decent education in creative writing for the advertising industry. Knowing this makes it not too hard to draw some conclusions. The most compelling conclusion drawn would be that this deficit makes copywriters the most wanted type of creative, in Belgium that is. Period. Peter pointed out that, even as he works with some of the greatest creative teams, he is often presented a strong visual concept lacking the finishing touch of an explanatory line that makes the idea sell. And as David Sable (this years Direct Lions Jury President) states: "if it doesn't sell, it isn't creative. In a year of turmoil - it's time to honour the truly creative." Which is why the Cannes Jury of this years edition has made some alterations to the judging scheme of the Direct Lions. They have improved judging criteria to place more emphasis on results. They've integrated clearer submission questions to help provide more accurate information for the jury. Added digitally focused categories and amended an Integrated campaign category to ‘Best integrated campaign led by direct marketing’.

It is often perceived that, because of our extensive visual and imagery minded ad-culture, the visual is more important than the accompanied line 'which nobody reads anyway'. Also a lot of art directors look only for a pretty ad hoc 'funny' idea. The idea: 'if it's funny it sells' is something a lot of students worship as omniscience when they enter the industry. And that's 'funny' as in 'it looks funny' (the idea is the visual joke). Of course there is some truth in this point of view. Jokes and funny things tend to work virally (people talk about it with other people) and moreover they stick (the product or brand gets remembered » top of mind) but humor is a very personal thing. You can't expect everybody to find everything funny, moreover it's hard to divide target audiences in groups according to what kind of humor they like. Of course being funny works just fine if it's not too slapstick, and yes copy can be funny as well. Anywway the point is that, more often than not, a strong visual idea needs a supporting line to nest the idea deeply into the minds of the audience. The line often brings along the strategic approach the ad wants to communicate next to being funny and visually standing out. According to Peter the line makes or brakes the campaign!

So why would you want to be a copywriter?
First, copywriters (in Belgium) are the most wanted type of creative at the moment and competition is rather scarce (compared to the competition an art director has, that is). The work of the copywriter makes or brakes the campaign. Next to that, Peter states, copywriters are most likely to become famous and they get to see lovely places as they get to travel along to clients and awardshows around the globe.

A good writer is a good reader. Good readers understand how good books are written. The first line of a book has to grab on you attention in order to get sold. Good copywriters know what line to pen down in order for something to sell. Selling more by adding a simple line of text will make you a superhero worshipped by all the clients you work for.

What does it take to be a good copywriter?
According to Peter, being a good copywriter is a lot about knowing when to stay invisible. Yes it is regarded as, and sometimes is, a complementary services to the visual idea but it can empower the idea as well. Thus the copy is fact no flavor. Not quite. In fact a good line always empowers the idea. And for some briefs the idea comes out of the copywriting. A good example is this. Think about it, you're working on the brief of a car-client. The car-client wants 'just' the best creative ad he has ever seen and the only restriction the brief has is using a packshot of the car with nothing to much sitting or standing next to it. Definitely the job that needs some strong copywriting wouldn't you say so?

The key to being a good copywriter is not explained talking over just one slice of pizza but Peter rounded up some - rather controversial - basics:
• A good copywriter writes like an art director. Well that kinda solves some problems doesn't it? 'Real' copywriters, as Peter poses it, often try too hard being a copywriter. They tend to write every bloody e-mail 'correct'. Every line is checked, double checked and well thought of. The need to always write 'good'makes lots of conversations (copy) too clean, simple, enforced, without feeling and warmth. Art directors do pretty good job writing as spoken just putting down what they feel. "Ok, so then why do we actually need copywriters anyway Peter?" - "Nobody reads bodycopies unless they are really well written, and that is something not all art directors are gifted to accomplish with success."
• Talking to the viewer is key to drawing the attention. You should not talk to everybody but to somebody in specific, namely you. I am talking to you. Using You is the most important word in bodycopy. You wouldn't want anybody to talk to you persuading you to buy his/her product while addressing a crowd would you. Or, let's pose it this way: do you like having a face to face with somebody looking the other way?
• Tell a story! Give people something to remember (humor doesn't always work to stick) The more you know, the more choices you can make, the more chances you have of finding an idea worthwhile. Peter here refers to David Ogilvy's story on Rolls Royce, perhaps the most famous headline in the car business – “At 60 miles an hour the loudest noise in this new Rolls-Royce comes from the electric clock”. This, and lots of other remarks of course, make Ogilvy 'probably the most famous copywriter, eughm sorry, advertising man in the world".
• Don't try to hard to be a copywriter. Make your sentences direct, not passive but appealling. And stick to approximately 16 words, certainly don't go over 26 words.

How to become an adstar in one day?
You can't, I'm sorry. Not even with the greatest of ideas. That's because a good idea has to be well executed AND have your clients' full support. Also, a 'real' relationship is build over time. Work until it works. In other words: "one stupid line of copy is worth spending at least one day of work if the outcome is that it leverages tons of extra revenue".

Q&A:
What is your favorite line? Let it be one that you've revised yourself as a creative director.
Good music makes good people.

(*) Copycursus is a workshop/masterclass about copywriting, organised by Sint-Lukas Hogeschool Brussels. This years edition was held at the offices of de Persgroep. This years Copycursus was a series of 3 sessions, a mixture of lectures and interactive workshop given by some of the most upfront leaders of Belgian advertising industry.

@Peter: if you'd end up reading this and find I've twisted some the content too much by adding my own please mark that in the comment section or drop me an e-mail. tnx