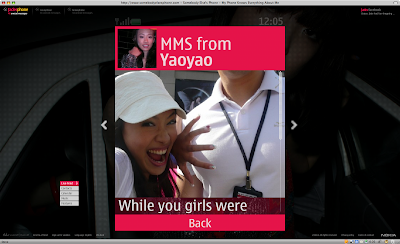 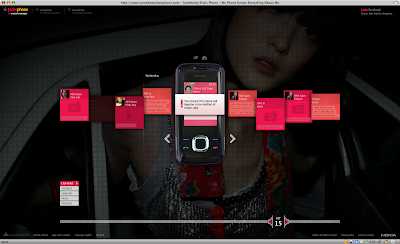 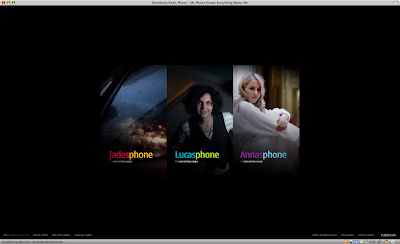 Imagine finding a phone that belongs to somebody else; filled with personal text messages, contacts, diary entries, photos, voice mails and private video clips. Would you look through it?

This question is the starting point for the new Nokia campaign "Somebody else's phone". Inspired by the evolved role mobile phones play in people's lives, the audience is invited to explore the lives of 3 characters - Anna, Jade and Luca – in intimate detail, in real time, through their Nokia 7610 handsets.

The campaign follows the characters’ evolving story lines across three time zones, through a 24/7 feed of content, for over 6 weeks. The idea is to create a mix of scripted content and real life audience interaction: fans will be able to learn about the characters through their text messages, photos, videos and calls on the campaign site somebodyelsesphone.com. And they can sign up to the characters' Facebook pages or discover the characters’ phone numbers and call or text them directly.