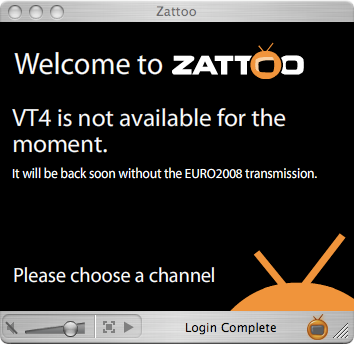 Damn, if you're having no tv it's uncomfortable following the european cup sometimes. Ok, true ... mostly I go out with some friends have a beer at a bar and watch big screen, or watch at somebodies tele. But at the beginning of the tournament I used that cool app called Zattoo. Now today I wanted to watch the semi-final bigscreen (yeahs, on my laptop thru the prooOOOoojector ah'haa) at home. But guess Zattoo was recalled for broadcasting VT4 during the cup. I'm afraid they got too many spectators since they're published article in de Morgen. 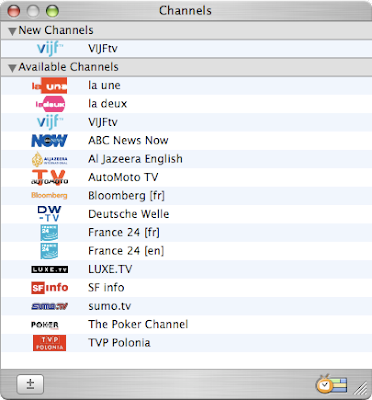