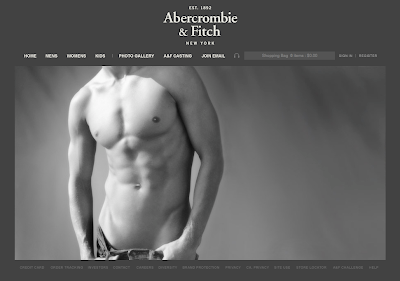 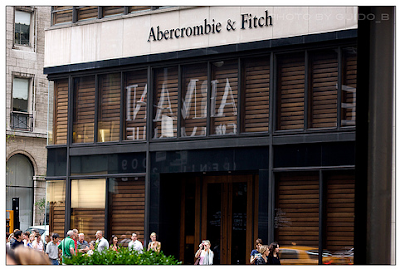 Founded in 1892 by David T. Abercrombie, A&F had been an outfitter of sporting and excursion goods. It struggled financially from the late 1960s until it was purchased by The Limited in 1988 and repositioned, under the management of Michael S. Jeffries (current Chairman & CEO), as the "Casual Luxury" lifestyle brand in present day.

Mike Jeffries says that today Abercrombie & Fitch is "all about sex," something the "United States is cynical about". 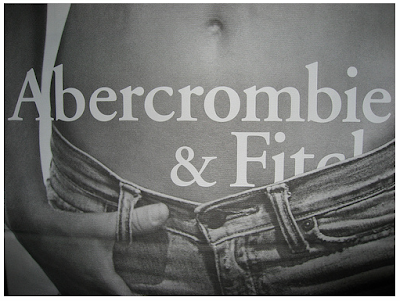 The company was originally established as Abercrombie Co. by David T. Abercrombie on June 4, 1892, as a small waterfront shop at No.36 South Street in downtown Manhattan, New York. Wealthy New York lawyer Ezra Fitch was one of his regular customers. In 1900, Fitch left his law practice and bought a major share into the growing company, thus becoming co-founder. Afterwards, Abercrombie Co. moved into larger quarters at 314 Broadway, and Fitch began to implement experimental ideas to renovate the store. In 1904, Fitch's surname was incorporated and so the official name was changed to Abercrombie & Fitch Co.. Partnership between the founders did not end well. The two men, envisioning different ideas for the future of A&F, quarreled frequently while the company continued to grow. Fitch wished to expand the company's appeal to the general public, whereas Abercrombie wanted to continue selling professional gear to professional outdoorsmen. As a result, Abercrombie sold his share in the company to Fitch in 1907 and returned to manufacturing outdoor goods. Fitch continued the business with other partners and was able to direct the company as he pleased for the first time.

Entering into the 21st century, Abercrombie & Fitch was rated as the sixth most popular brand (in front of Nintendo and Levis) by teenagers in a survey held by Teenage Researchers Unlimited and reported about in Time. The company introduced its third brand, Hollister Co., in July 2000. The third concept was based on Southern California surf lifestyle, and was targeted towards high-schoolers. Hollister had a cannibalizing affect on the A&F brand, and so the company brought forth the high-end Ezra Fitch collection, and began producing A&F clothing with higher-grade materials, thus increasing the prices. 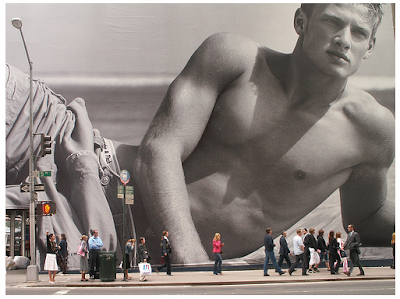 In November 2005, the company completed construction of the first Abercrombie & Fitch flagship store on Fifth Avenue.

It is an amazing store. First it is always dark there thus creating a special atmosphere, lights on the clothes and all interior is finished in dark woods. amazing art direction and interior design totally setting up the perfect scenery. They people working there are carefully selected and mostly beautiful or profiled "hip/cool" — you need to have appealing looks — boys as well as girls. And there's a constant, relatively loud, playing funk-house tune present at all times... 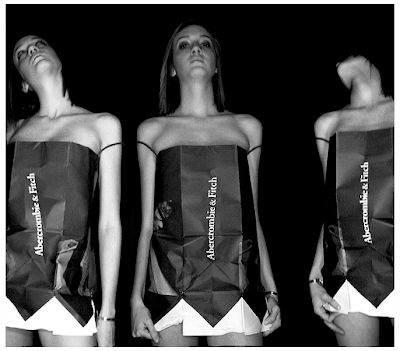 Definitely my favorite Fifth-store. Thanks for the tip DP — I spend some $400 there - yihaa!