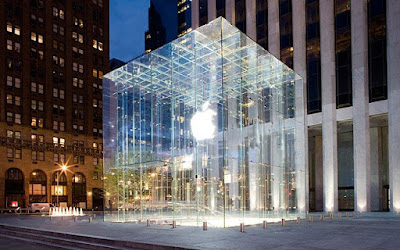 The apple store on Fifth is almost more something of tourist attraction rather than a retail or flagship-store. The floor is crowded with product-hyped consumers accompanied with store-ambassadors and even though the iPhone has long passed it's release it is still the talk of town. You can't imagine how many people that are walking around the city showing off with their fancy device. You are having a break on a midtown bench? Somebody is showcasing his iPhone. The architectural concept of the store on Fifth is an eyecatcher as well. In stead of having the store crammed on the first floor (that's how Americans call their ground level) of a fancy skyscraper they have this small glass box on an open spot housing a stairway one level down. 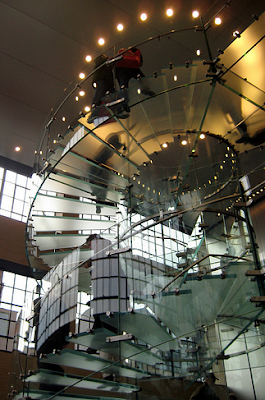 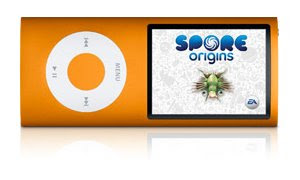 And next to the iPhone there's now a new — less expensive — rocker in town. The iPod Nano-chromatic, which is basically a merely a new release of the existing iPod Nano but Apple always finds a way to give total re-birth to their existing products and they really pimped the Nano. 9 colors, A musical Genius, Find your music faster, Rock and roll over, Shake your groove thing, Let the games begin, Even your photos rock, World’s biggest small screen,... The games option seems to me the super-added value, going interactive on a Nano