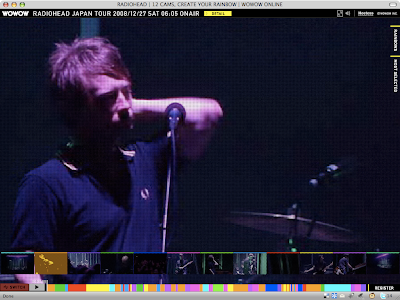 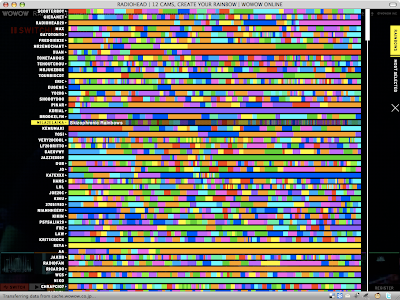 Once again, a good interactive application by Radiohead. This time they let you choose on which monitor you follow the concert. Switching from camerapoint during the performance allows you to record your point of viewing the spectacle.

They've already let you have all the pieces to two of their songs, "Nude" and "Reckoner." With other artists, taking pieces of full songs apart would normally cost ... I don't know.. hundreds of thousands of dollars to be able to remix like this.

Now they've brought you into the creative process of another part of their entertainment. They filmed themselves performing "15 Step" in Japan from 12 different camera angles.

It is pretty awesome to have 12 camera angles and make your own video: